History of the LPS

The Laboratoire de Physique des Solides was established by André Guinier, Jacques Friedel and Raimond Castaing at the start of the university year 1959, in the Orsay campus. The latter had been acquired in 1955 by the Ministry of National Education.

The laboratory was associated with the Centre de la Recherche Scientifique (CNRS) in 1966 (associated laboratory N°2). From 1958 to 1962 André Guinier was the first joint dean of the Orsay scientific centre, which was then an annex to the science faculty of Paris (Sorbonne). The Laboratoire de Physique des Solides was initially housed in building 210, built for the École Normale, before moving in 1970 to the specially constructed Building 510 on the Moulon plateau, which it still occupies.it on the Moulon plateau, which it still occupies.

These three founders, together with Pierre-Gilles de Gennes who spent 10 years (1961-1971) in the laboratory, imparted to its research three features still present today: achieving symbiosis between the electronic, magnetic, optical and mechanical properties and the way in which matter is organised (the structures including their imperfections), coupling experiment with theory, and developing original scientific instrumentation to answer these questions. In the same spirit, André Guinier and Jacques Friedel created with Pierre Aigrain, as early as 1955, one of the first “Troisième Cycle d’Enseignement Supérieur” degrees, in solid state physics.

The laboratory was associated with the progress in metallurgy connected to the concept of dislocations, introduced in France by Jacques Friedel and his followers, with the trilogy: theory, observation in real space (microscopies) and reciprocal space (diffraction). It is this culture that opened investigations to wider fields of dense matter and resulted in the formation of an original school of geometrical classification of defects (rotation dislocations, curvature lattices, amorphous and quasi-crystals, torsion lattices and blue phases, etc.) and the study of their organisation in complex ordered phases.

Today this way of tackling the study of condensed matter can be recognised in the three main research topics of the laboratory: “novel electronic states of matter”, “physical phenomena at reduced dimensions” and “soft matter and physics-biology interface”. 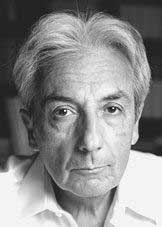 On the 10th December 2007, Albert Fert received from the King of Sweden the medal and diplomas of the Physics Nobel Prize for work on giant magneto-resistance, which was discovered at the Laboratoire de Physique des Solides and has paved the way to a new form of electronics, called spintronics.

Building 510 prides itself on its rooftop cafeteria, the construction of which was funded thanks to two important scientific prizes obtained in 1966 by Raimond Castaing (Crédit Lyonnais prize) and in 1967 by André Guinier, Jacques Friedel and Pierre-Gilles de Gennes (Cognac-Jay prize).
The “André Blandin” amphitheatre also exhibits on its two outside walls a decorative panel in broken marble, realised in 1970 by the Belgian artist Raoul Ubac and funded, through the “1% Malraux”, by the Ministry for Cultural Affairs.

Some references concerning this time:

For Women in Science @4womeninscience ·
17 Jan